Stories: Seeing and Wanting the Good 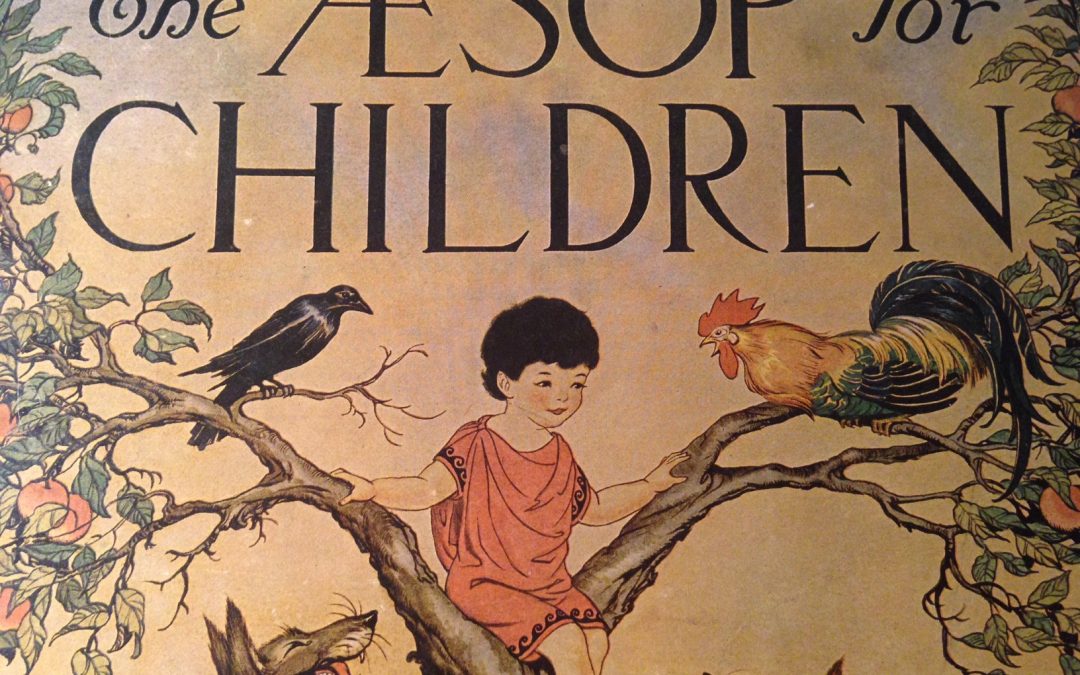 [Post #2 on Vigen Guroian’s Tending the Heart of Virtue]

In the last reflection on Vigen Guroian’s Tending the Heart of Virtue, we talked about the importance of clear moral direction for children through rules, principles, and expectations. Classical educators know, however, that these can only go so far. Sooner or later, children conceive and then attempt transgressions or injustices against others through unfairness or deception. Self-centered purposes come to emerge more and more often. For example, despite a rule or expectation to the contrary, a child may take more than what he knows others have, sometimes sneakily, sometimes boldly. But if he is caught, the reintroduction of fairness constitutes justice and reestablishes the peace, even if begrudgingly.

(Fairness can be distributed along various criteria, of course; pure egalitarianism need not reign. Differing amounts of a desired item – a snack, for instance – could be quite fairly distributed according to age, or relative to the degree of effort exerted in a preceding activity.)

In any case, children learn more and more about the possibilities for self-centered behavior as they mature. With every selfish act, however, there is a deep down knowledge that something is wrong if a child has put herself first, over and above others. At least, a healthy conscience will feel thus. Keeping the conscience healthy – so that children will either want to do what is good, or at least will choose to do what is right, even if they don’t want to – will require more than rules. It will need to engage the imagination.

Beyond rules and principles, therefore, Guroian suggests that stories also have a part to play. Quite correctly, past ages “brought fairy tales into the nursery because they saw in them the capacity to stimulate and instruct the moral imagination” (5).

According to classical taxonomies of the human intellect, the imagination is that mental faculty which draws forth from the treasury of the memory images of things once cognized. Through reading (or listening to) stories, we store up images of characters making right or wrong actions in simple or complex situations. Those images, through the power of the moral imagination, can be called to mind from the memory for purposes of providing direction, example, and resolve.

Why, exactly, does this work? It has to do with the aesthetic and affective dimensions of stories.

First, a story provides us with a certain type of visual experience (aesthesis), especially if the visualization happens mentally. The concreteness, impact, and memorability of figures and scenes from a story lend depth and power to the principles being expressed in the narrated actions. Such depth and power is altogether lacking in merely abstract rules or principles.

Aesop’s Fables are a great example. While maxims or proverbs are memorable and far better than rules, adding on a story to demonstrate the maxim or proverb lends a rich, concrete dimension. Thus rather than an imperative expressed in rule form – “do not scorn as undesirable what you cannot have” – or even a proverb – “the man who scorns as undesirable what he wants but cannot have is dishonest and craven” – more memorable and engaging by far is a story about a fox and some grapes that the fox can’t quite reach, and so disingenuously scorns. Since the 6th c. BC, “the fox and the grapes” has been a byword indicating the true lesson conveyed by the fable, which countless generations of children have taken to heart. Even St Paul knew his Aesop.

Secondly, in stories, we identify with certain characters whom we like (for their virtue), and disassociate from others whom we dislike (for their vice). It’s almost impossible to side with the bad guy in a story. Who wants to be the foolish fox, after all? At least with children, only a deliberate and insincere rebelliousness would lead to a child rooting for the villain. Ask any genuine person whom they hope will triumph in a story, and the answer is consistently going to be the protagonist, the primary character who, if he or she is not yet good, at least wants to be, and has possibly been dealt an unfair hand (the underdog).

Through reading, imaginatively experiencing, and affectively identifying with good (or good-seeking) characters, the consciences of children are unconsciously formed and nourished. Their minds-eyes are not only shown, but their hearts are beholden to those figures whom they almost can’t help but support, admire, and even love. As Guroian puts it, “the deep truths of a story … must be experienced through the story itself and savored in the immediacy of the moment that unfolds with the impending danger of the quest or the joy of reunion with the beloved” (15-16).