Repentance, Courage, & Faithful Vision: The Fruits of Reading Together 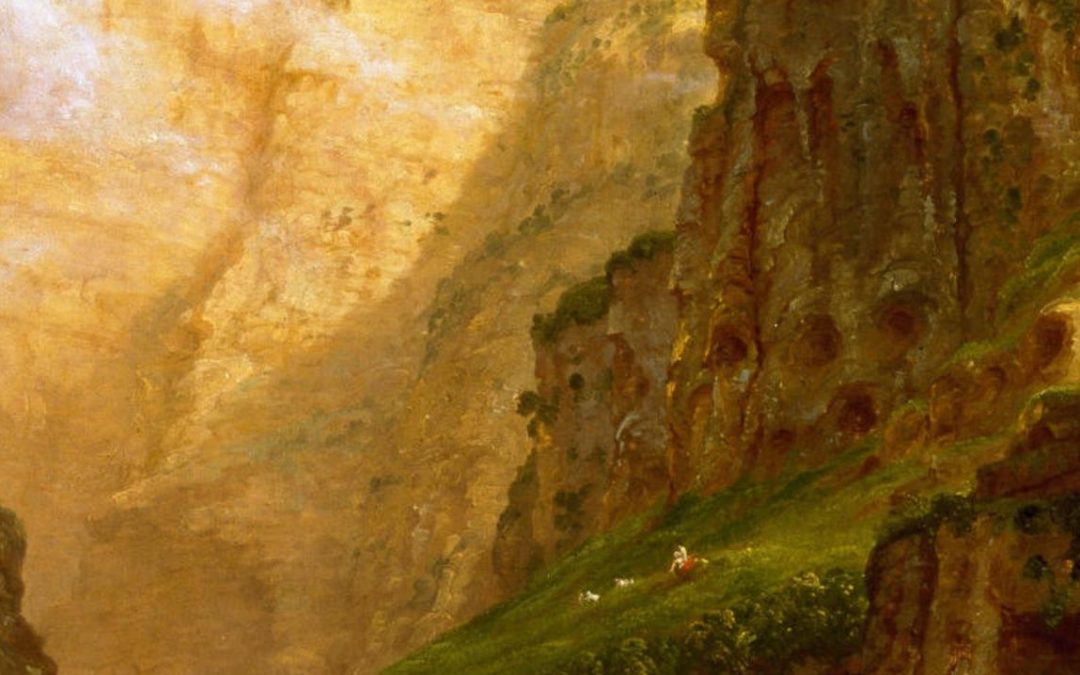 In this final post on Guroian’s Tending the Heart of Virtue, we’ll review and reflect upon the content of chapters 5-6 as well as the book’s conclusion, drawing a final lesson for ourselves as parents, teachers, and educators of children.

Guroian turns in chapter 5 to Hans Christian Andersen’s The Snow Queen and C.S. Lewis’s The Lion, the Witch, and the Wardrobe to explore the related themes of evil and redemption. Both Andersen and Lewis, Guroian begins, saw the battle against evil and for goodness to occur primarily within the heart. They “believed that if the heart is pure, then goodness will likely prevail. But if our heart is impure, then more than likely than you or I will rationalize and justify our own selfishness and misdeeds” (113-114). In other words, the battle against evil is as much an interior struggle as it is an exterior one.

With its opening focus on a diabolical, splintered mirror, Andersen’s The Snow Queen explores how evil begins in its sinister captivation of the human heart. In the story, two children, Kay and Gerda, are looking at a picture book, when Kay’s heart and eyes are stricken with a splinter from the broken mirror, symbolizing a human person’s choice to surrender to temptations of malice and faithlessness, which corrupts the heart. He begins belittling and teasing Gerda almost immediately.

Over time, Kay grows increasingly egoistic, and distances himself from others with scorn. When the evil enchantress, the Snow Queen, arrives, she is able to take advantage of Kay’s pridefulness, offering him the false promise of self-mastery and power over others. Because of his habits of selfishness, he seizes upon the chance, but of course it is a trap, as all vice ultimately is. But there is hope. When Gerda, lovingly dedicated to finding and helping Kay, helps him remember the words of the Lord’s Prayer in the ice palace where he is contained, her “words and tears penetrate Kay’s heart and thaw it, and Kay himself weeps so bitterly that the grain of glass washes out of his eye” (123).

Guroian rightly notes of this story’s rescue climax that “the good memories of childhood possess profound redemptive power and are capable of opening our hearts to goodness and love” (123), and later that “the wholeness of man and woman depends upon a relationship of complete mutuality” (126). From an Orthodox Christian perspective, we can also draw attention to the vital role played by other people in our own redemption, Christ most of all but also our brothers and sisters in faith. Similarly, we can see the purifying place of tears and repentance, which in this case cleanse the cursed splinter from Kay’s eye. Repentance helps us see clearly, and free ourselves from the delusion of egoism.

The remainder of chapter 5 explores the well-known episode of Edmund’s betrayal of his siblings to the White Witch, and, upon their being rescued by Aslan, his repentance and their forgiveness of him. I assume most readers will know this part of The Lion, the Witch, and the Wardrobe from memory, but if not, please don’t delay – go and read this wonderful tale of adventure and the heroism of virtue and love in Lewis’s deeply Christian story!

Guroian next turns in chapter 6 to the character of Irene in MacDonald’s The Princess and the Goblin, and to the character of Lucy in another of Lewis’s Narnia installments, Prince Caspian. After noting how MacDonald’s stories “arouse deep questionings about the nature of good and evil, about death and what comes after, and about faith and doubt” (142), he goes on to explicate how Irene and Lucy each embody “heroines of faith and courage.”

In The Princess and the Goblin, the concept of being a princess emerges as a “root metaphor.” What is a princess, exactly? Guroian sees MacDonald’s answer to be primarily thus: “the daughter of a king.” All girls, in other words, have a royal lineage, but not in ways that would encourage pride or snobbery: “to be a princess means ultimately to claim a status as a child of God the Father (and perhaps Mary, the Queen of Heaven, if I have read MacDonald accurately) and to become a full member in the household of God” (150).

What is more, “faith and courage are strongly associated with this special identity and calling” (150), as the story itself powerfully shows with its emphasis on the right place of fear to motivate brave action and on a faithful trust in God even when things seem hopeless. As Guroian says of Irene’s character, “[a]uthentic courage…fulfills itself in faith and love through selfless and unselfish acts of being for others” (154).

Lucy in Lewis’s Prince Caspian likewise has particularly strong eyes of faith, which open her awareness to things that others miss, or cannot yet see. Her challenge is in helping others to attain a vision which she already possesses, with patience and humility. Their trust in her, as one who sees, is required, but must be accompanied by Lucy’s own resistance to thinking she is the source of their faith.

Instead, they and she are obeying Aslan, who symbolizes Christ in the world of Narnia, and it is in following his word that their eyes are opened to what lies within and beyond appearances. Aslan’s renewal of Narnia, and the depths it uncovers, become available to vision only insofar as “their eyes also had become like hers” (Lewis 226; qtd on Guroian 176), but only insofar as hers have become like Aslan’s, seeing things truly.

Repentance, courage, and the vision of faith – these are the qualities that can be awakened and practiced in our souls and the souls of our children through the reading and taking to heart of these stories. With that reflection on the eyes of faith, Guroian finishes his series of chapters interpreting deeper meanings in a number of classic children’s stories, and unfolding for us the ways that the moral imagination can be tended, cultivated, and kept healthy through plot, imagery, character development, and other narrative and literary elements.

In the book’s conclusion, Guroian helpfully surveys other stories that he did not have time to analyze, including: Andersen’s “The Ugly Duckling,” Grimm’s “Snow-White and the Seven Dwarfs,” Oscar Wilde’s “The Selfish Giant,” E.B. White’s The Trumpet of the Swan, Ruskin’s The King of the Golden River, and L’Engle’s A Wrinkle in Time. He finishes by encouraging his readers to go being reading themselves, and suggests various anthologies of shorter tales, all of which are worth checking out: The Victorian Fairy Tale Book (ed. Hearn); The Classic Fairy Tales (ed. Opie); The Oxford Book of Modern Fairy Tales (ed. Lurie); and William J Bennett’s The Book of Virtues.

At the end of this series of posts on Guroian’s Tending the Heart of Virtue, I hope, even for us adult readers, the power of stories will have come alive for us. Let us take full advantage of the treasury of tales that our Christian culture has given us as an inheritance. Let us use this rich treasury in the edification and nurturing of healthy souls in our children, whom God has entrusted to us. Let us enjoy the time of reading together with our children while it lasts. For we will doubtless profit from this, as well as they, and it will be gone before we know it.